Record TV figures, a sell-out crowd and an influx of star power helped make it one of F1’s biggest events to date, further laying the foundations for the expansion to three American races next year once Las Vegas joins the calendar.

But for Michael Andretti, more needs to be done to grow American interest in F1 by getting a team and a driver on the grid. Since his father, 1978 world champion Mario, revealed plans back in February, Andretti has been working to secure an F1 entry from 2024 and establish a new operation after his bid to take over Sauber last year fell through at the 11th hour.

Andretti was on the ground in Miami for a series of meetings to discuss his plans with team bosses, F1 officials and FIA president Mohammed Ben Sulayem. Yet the response from the wider paddock has remained lukewarm at best.

“There are millions of people embracing it,” Andretti said. “It’s just not the right people at the moment.”

None of F1’s existing players would deny that having a second American team – after Haas, which has rarely leaned on its national identity – would be a huge coup for the grid, particularly given the reputation and scale of the existing Andretti operation. The family marque has involvement in IndyCar, Indy Lights, Formula E – its deal with Porsche was announced on Friday – plus Extreme E and Supercars already, knowing what it takes to be both successful and sustainable.

“The Andretti name has a huge history in Formula 1 and in various forms of motorsport, and I think would add a lot of value,” said McLaren boss Zak Brown, who co-owns the Walkinshaw Andretti United team in Supercars. “A very credible racing team with a credible brand, with the right resources, I think is additive to the sport.”

An entry from Andretti would be no repeat of the Caterham, HRT or Marussia efforts in the early 2010s that all folded within a few years. But as much as Andretti’s interest points to F1’s current strength, it is for that very reason the current teams are uneasy about letting someone else join their closed shop. 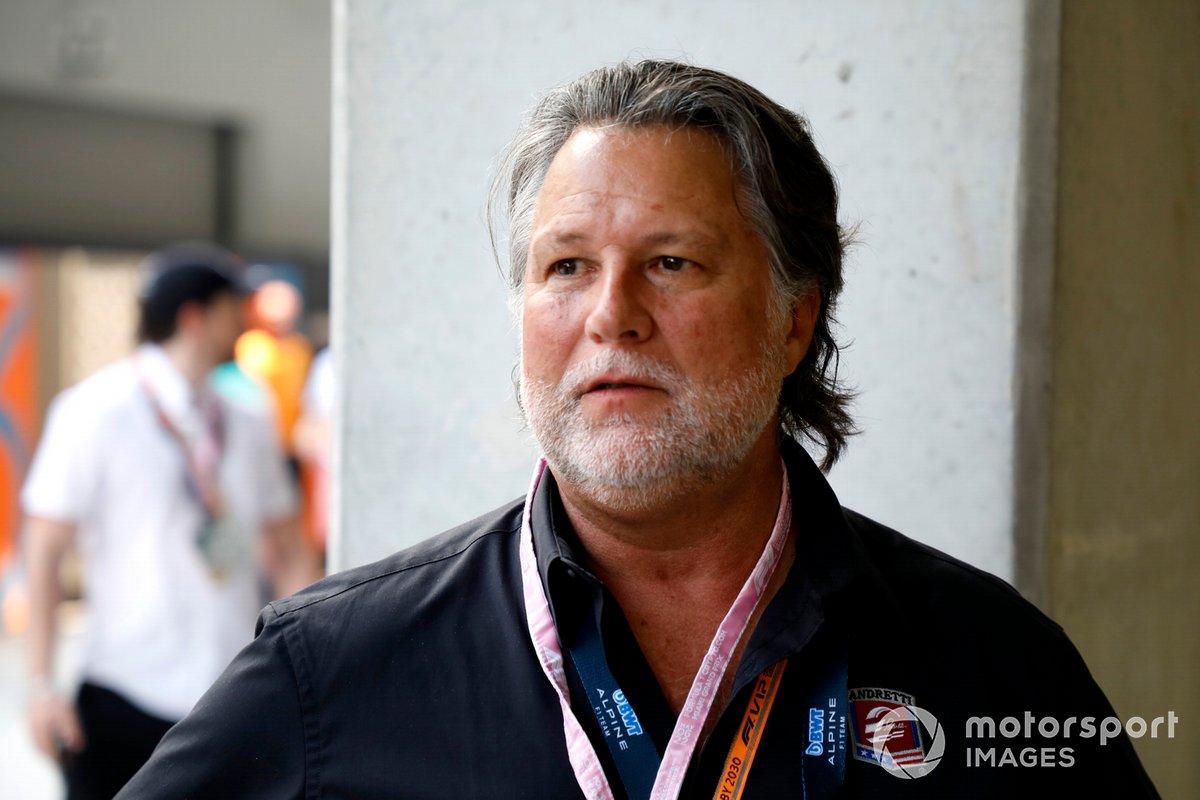 Micheal Andretti was present at the Miami Grand Prix

“We have had 10 entries today, we divide the prize fund among those 10 entries,” said Mercedes F1 chief Toto Wolff. “We have invested considerable amounts over the last 10 years. Each of the organisations sitting here [in the press conference] has probably put more than a billion into the Formula 1 projects over the years.

“So it needs to be accretive. If a team comes in, how can you demonstrate that you’re bringing in more money than it’s actually costing? Because the 11th team means a 10 per cent dilution for everybody else.”

Fear of dilution is something the F1 teams sought to address through negotiations for the latest Concorde Agreement that was signed in 2020. Recognising that a new team would mean a smaller slice of the pie for everyone, a $200 million fee was put in place for any interested party that would be split between the current 10 teams. It ensured that any new entry would have to be serious given the money it had to stump up, as well as protecting the value of the existing outfits.

Andretti has maintained from the beginning that he has the $200m in place to meet the requirements. But as business continues to boom for F1, the fear is this won’t offset the dilution of revenue teams would encounter.

“The value of Formula 1 is that it’s a limited amount of franchises,” said Wolff. “And we don’t want to dilute that value by just adding teams.”

Red Bull team principal Christian Horner acknowledged that money would always be a “significant factor” in the talks, and that the responsibility lay with F1 as the commercial rights holder to decide on the approach it wants to take.

“If they want more teams, they’re obviously going to have to dilute their share of the fund,” Horner said. “Because it would be unfair to expect the other teams to pay for the additional new entrants to come in indirectly.” 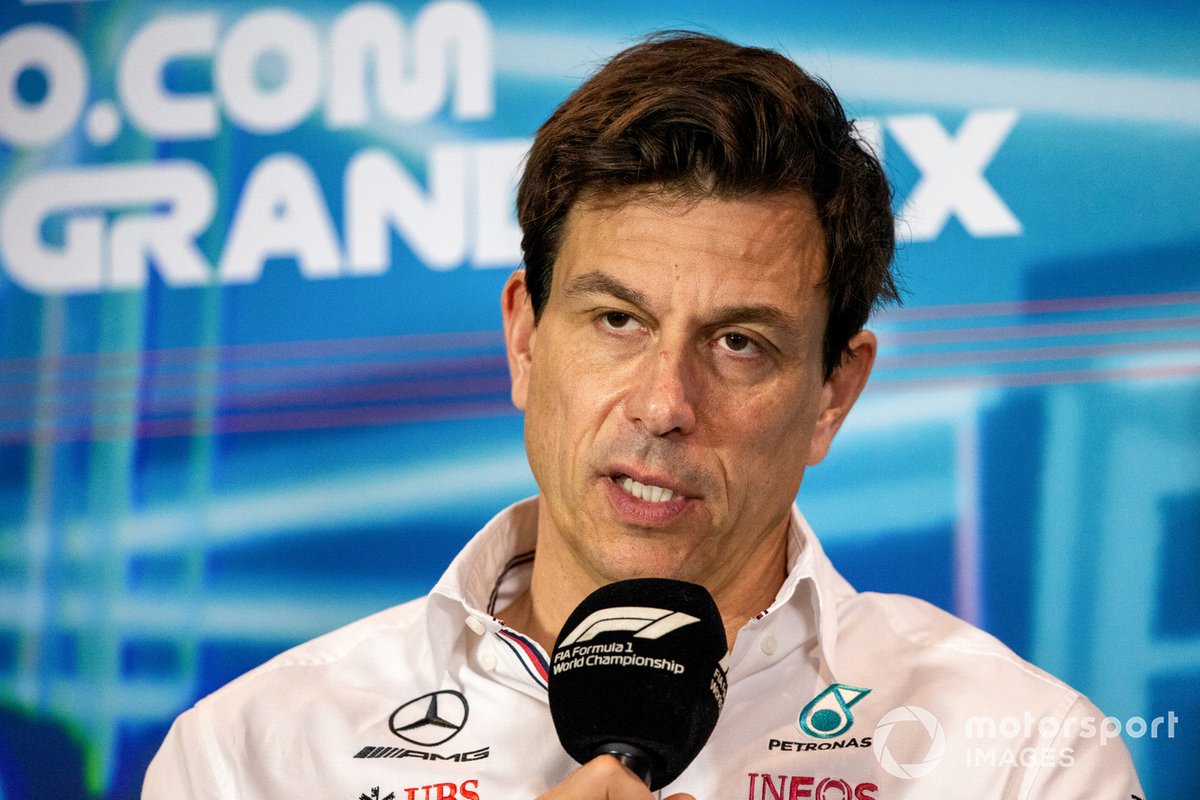 Horner felt the $200m fee put a “minimum value” on any entrant, but stressed the importance of looking at the long-term picture.

“It’s the first time in memory that we’ve got 10 healthy franchises,” Horner said. “The $200m is a significant amount of money. But in this business, when you divide it by the participants, it doesn’t go a long way. And it’s a one shot, it’s not $200m every year. So at the end of the day, a conversation like this will always come down to economics.”

“It’s true that even if the 10 teams today are sustainable, and we are going in a very good direction with F1 today, perhaps it won’t stay like this over the next five years or 10 years,” added Alfa Romeo team boss Frederic Vasseur. “We have to take care to avoid to being the situation that it was before the Covid and during Covid, that you are in the last third of the grid just on survival mode.”

The challenge for Andretti will be to demonstrate not only that he has the resources in place to make a new team credible and competitive, but also to prove the impact of a new team will make up for the dilution of the prize money payouts.

Being an American team and planning to field an American driver in Colton Herta will surely help Andretti’s argument. Yet as Miami booms and Vegas beckons, the sceptics may see them as being more beneficial to F1’s growth than what an American team could generate.

There is a long process for Andretti to work through if he wants to make his F1 dreams a reality. The FIA is yet to formally call for any interest to set up a new team, although Andretti claimed Ben Sulayem would be “in support in the process”.

Plans are already in the works to begin setting up an F1 facility in Indianapolis this summer, which would work in tandem with an existing site in Europe. Andretti acknowledged this is a risk, but felt it was one worth taking: “We’ve got to get the ball rolling.”

F1 must consider the added value a new team would give, the extra safety of having another entrant should anyone pull out, and how it may impact the prize money payouts moving forward. The structure it has in place right now works for those already at the table, meaning it will take some convincing – beyond the required $200m – to change that.