All teams are struggling to save weight with their 2022 cars, and the Australian revealed that he’d had less fluid in his drinks bottle than he would have liked in the conditions.

He struggled for pace for most of the afternoon, and even a late switch to soft tyres during the safety car period that was triggered by his team mate Lando Norris didn’t help much.

He crossed the line in 11th place, but was demoted to 13th by a time penalty after going off track and gaining an advantage while battling with Kevin Magnussen.

Like other drivers after the race, Ricciardo clearly showed the effects of a hectic afternoon in the Florida humidity.

“Yeah, it’s got that heat factor to it,” Ricciardo said when asked by Motorsport.com if Miami compared to races like Singapore and Malaysia. “It’s tough as well, because I mean, everyone’s obviously fighting for that last bit of weight.

“So we don’t have the luxury of putting three litres in the drink system. So we have a little bit, and it’s never enough fluid. So naturally, you’re gonna get dehydrated. And yeah, this heat was was pretty real.

“They’re the tough ones, obviously. I mean, everyone obviously worked hard today, it is hot, drivers, mechanics, everyone’s feeling the heat.”

At the end of the race, Ricciardo thought that he just made the points, and only found out later that he was 11th on the road, prior to getting the penalty.

“Actually when I crossed the line, I honestly thought I was 10th,” he said. “It’s hard to know, obviously [there are] battles and cars going off here and there. But I was kind of doing a calculation in my head thinking that enough cars had kind of gone off, or I passed, to be somewhere inside the points.

“But yeah, we came up short. So I don’t think there were any ‘what could have beens’ today? We were just not quick enough. We were just hanging on. And I think when everyone’s in a tow, we’re still lacking a bit on the straights. I think obviously a little bit of a drag and stuff.” 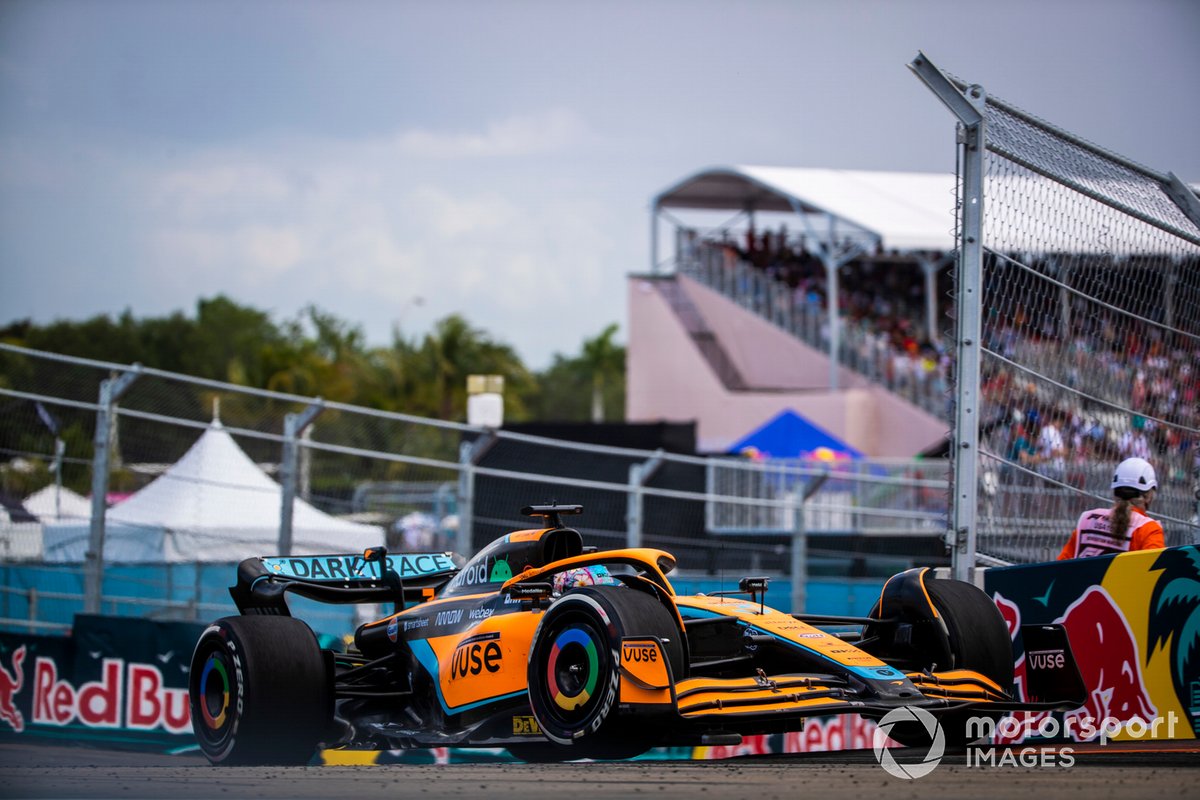 Ricciardo had hoped that the late switch to soft tyres would give him a boost, but while he did pass a few cars, ultimately it made little difference.

“I was certainly more excited for the safety car,” he said. “There were some cars in front on old hards. And for me, I couldn’t really get the hard going. It didn’t feel like a great tyre for me.

“So I was thinking we were going to have something to show. I was kind of hanging with them, but not really enough to make an impression. In the end, probably just not quick enough.”

After the flag, Ricciardo admitted that he didn’t know why he had been penalised.

“I just saw on the classification that I was 13th instead of 11th, still no points. I remember being side-by-side a few times with Haases, and actually felt like we were having some good battles.

“Unfortunately, it’s not for a top five or anything. I’m not sure why I’m showing as 13th. But I’ll look into it. But of course the big picture is it doesn’t change my race.”

Ricciardo is hopeful that the next track in Barcelona is more suited to McLaren.

“It’s still hard to say. But I really hope it’s better than this weekend, we were certainly a bit more on the back foot.

“And it felt a little bit more like a last year kind of struggle. Some of those races, like Zandvoort, this circuit has some similarities, kind of long corners, and fighting for one point last year.

“And this kind of felt like a similar race, where we were kind of there, but never really enough to make make a big impression. So could be better. [Barcelona] was a better circuit for me last year, so hopefully that means something.”