At the late safety car restart, Mick Schumacher was in promising ninth place, but his race ended after a collision with Sebastian Vettel. After a stop for a new wing, he finished 15th.

In the meantime, Kevin Magnussen lost track position when he asked for new tyres for the restart, a strategy that did not work out for the Danish driver and left him unable to make any further ground.

He was involved in contact with Lance Stroll in the late stages, and the team retired his car just before the chequered flag.

“We were in a bad place on Saturday,” said Steiner when asked by Motorsport.com about the team’s race.

“I think everybody regrouped, we put ourselves in a good place again, and then 10 laps to go, we go down the drain.

“Who is not disappointed after a weekend like this? I think we have nobody else to blame than ourselves.

“We were up in the points, it was possible with maybe two cars to get into points, and then we just lost it all at the restart. 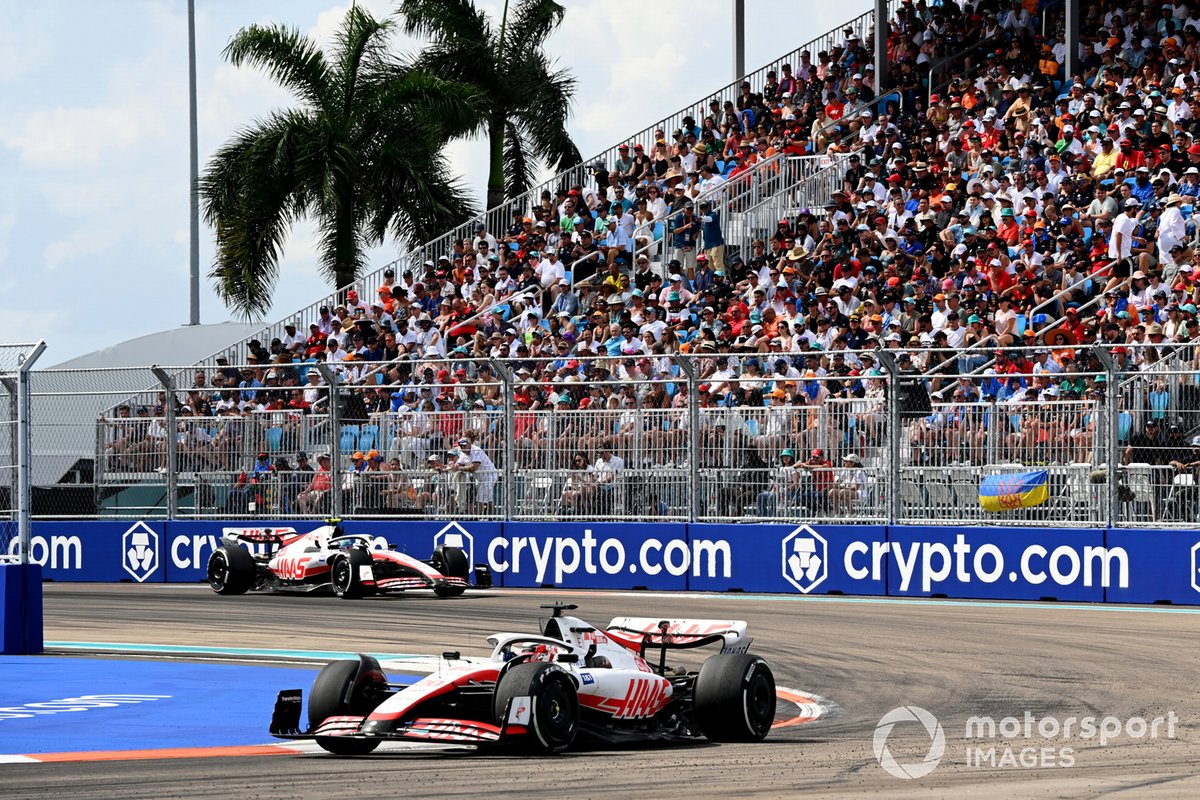 Asked if he thought Schumacher could have been more patient, he said: “I’m not the driver. I mean, we need to go through this. I haven’t spoken with him, but obviously, we cannot lose points like this.”

Steiner confirmed that Magnussen had made the call for his stop under the safety car, which came a lap after any other drivers pitted.

This proved to be another of the key factors in Haas failing to score, and Steiner added that Magnussen accepted the blame.

“He was demanding to come in. Our suggestion was not, but he said ‘I want new tyres’. And he said, ‘It was my fault, I shouldn’t have done it.'”

Steiner acknowledged that the team’s current form is encouraging, but stressed that it cannot afford to miss point-scoring chances.

“It is a positive thing, but you have to use your potential. Having a car like this it’s lost opportunities, basically. I’m pretty disappointed after this event.”

“But we need to get back to the drawing board and see what are we going to do in Spain and Monte Carlo. And we need to do better than this, because we have got the machine to do better.

“The whole team ended up with nothing. I mean, for me, the team is the most important thing.

“We cannot keep on saying there is a race next weekend, because all of a sudden it’s the end of the year, and you’re waiting for the 24th race, and it’s not coming.”